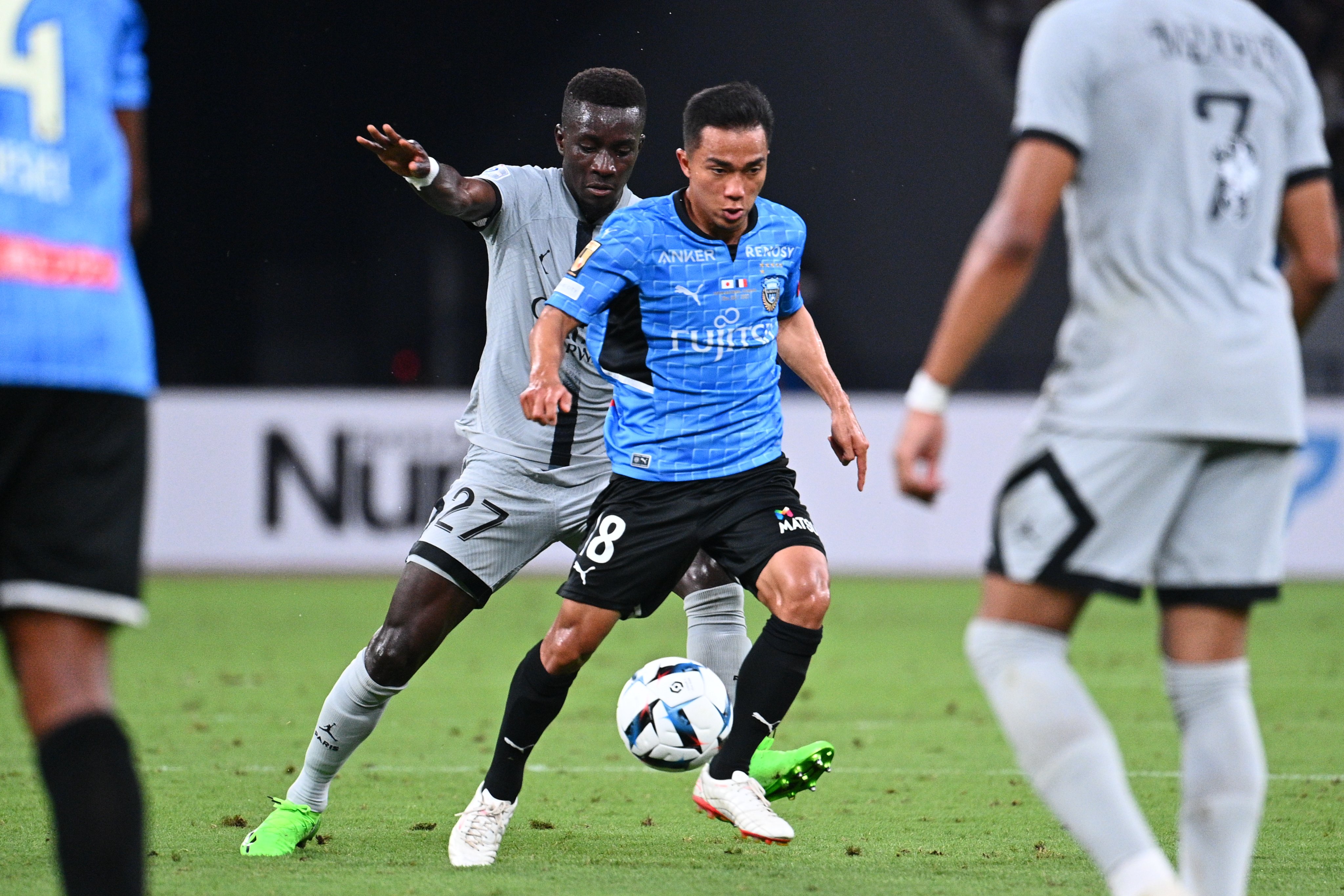 HÀ NỘI — Becamex Bình Dương will play J1 League defending champions Kawasaki Frontale in a friendly match the day after the V.League 1 season ends. Yoshida Akihiro, Vice President of Kawasaki Frontale, said his best side would play in for the friendly. Thai superstar Chanathip Songkrasin may be among them. The ‘Thai Messi’ moved to Kawasaki Frontale earlier this year after an excellent four-year stint in Consadole Sapporo. He is one of Thailand’s most important players.

Other stars on the side include Brazilian striker Leandro Damiao, who has 17 international caps; captain Shogo Taniguchi and midfielder Miki Yamane. Akihiro said Kawasaki Frontale are aiming to beat the four-time Vietnamese champions. President of Bình Dương Hồ Hồng Thạch said the friendly against Kawasaki Frontale will be just one day after Bình Dương’s last V.League 1 game, but they will try their best to name their strongest side for the clash.

The shirts of Becamex Bình Dương (left) and Kawasaki Frontale shown at a press briefing on October 18 in Hà Nội. Photo courtesy of the organisers. Kawasaki Frontale is one of Japan’s strongest teams, having won four of the past five domestic seasons. They are currently second with 60 points, two points behind Yokohama Marinos. The J1 League will have two rounds left.

Bình Dương, meanwhile, lie in seventh and out of the running for this season’s V.League 1 title. The upcoming friendly has been organised with the support of the Embassy of Japan in Việt Nam, Bình Dương Province People’s Committee and the Việt Nam Football Federation. The game will kick off at 5pm at the Bình Dương Stadium with free entrance for supporters. It will be shown live on VTV, Bình Dương TV and the YouTube channel of the VFF.