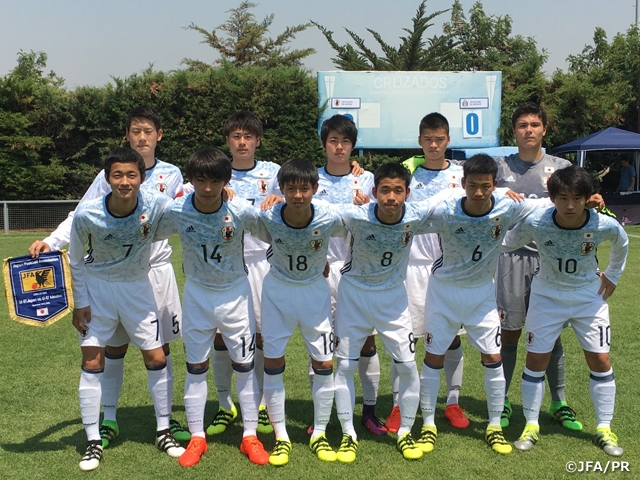 Early in the second half, Japan were showing decent effort, but a long feed by the opponents surprised Japan and a very strong shot from the left side of Japan’s goal found the upper right corner of the net for the match opener. Partly due to the fatigue they had to endure due to the long travel and time difference, the Japanese side kept failing to take advantage of the chances they created.

Then in the 55th minute, forward NAKAMURA Keito, after taking the ball in the middle, sent an impressive feed to YAMADA Hiroto, who passed by a defender with outstanding technique and equalized the match with his goal. However, the match ended with a 1-1 draw

The next match for Japan is against U-16 Mexico who defeated U-16 Peru 1-0 in their first match.